Becoming a carer is not easy.

It may have been an easy decision because, after all, caring for someone you love is one of the most natural things in the world.

However caring for someone – whether they have a severe physical or learning disability or debilitating medical condition is both challenging and lonely.

It’s an understandable development. The carer’s focus becomes the person they are caring for: the happiness and welfare of the cared for inevitably becomes more important than that of the carer.

Even If the carer doesn’t live with the individual, the effort required becomes all-encompassing and – without support – it’s easy for the carer to become increasingly isolated from friends and family.

According to a survey conducted by Carers UK, 80% of carers experience isolation or feel lonely and 57% say they have lost touch with friends and family as a result of caring for someone.

But the impact can go deeper – 49% say that the relationship with their partner has suffered and some sources say that depression amongst carers is as high as 40%.

Needless to say this presents a serious problem that, if left unchecked, can not only leave those in need of care without support but 2.8 million entering into a mental health system that is already struggling to cope.

Depending on location, demographic and the nature of the issues, individuals currently can wait between 6 and 12 weeks to get the support they need. An influx of that magnitude could cripple a service that has been brutalised by budget cuts at a time when it’s needed most. 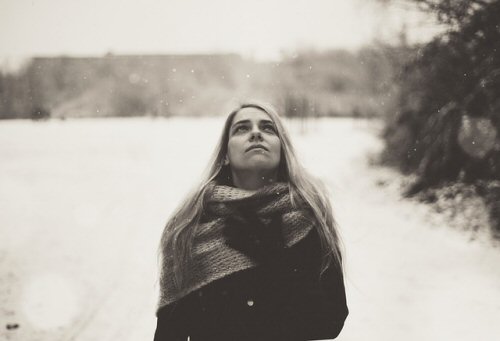 One of the biggest challenges for carers is that their lives become increasingly transactional. Their individuality becomes supplanted by the variety of tasks they carry out as a carer.

The carer becomes a vessel rather than a person rendering all of their social interactions deeply dissatisfying and over time they become increasingly disassociated from their own lives.

This in turn impacts on the relationships they have with others as they can become withdrawn or simply too tired to engage. That’s assuming, of course, they aren’t experiencing depression as well.

Then there is the financial impact. Carers don’t get paid very much. If the individual cares for someone for 35 hours a week or more they get just £62.70 a week. Or £1.70 an hour.

Take in to account fuel consumption, no paid holidays or sick leave and you essentially have 2.8 million indentured servants.

The counter argument to this is ‘they don’t have to do it’ but the reality they do because there is no other support available. Private care costs are out of the question for many and publically funded services are maxed out across the country.

There is simply no room at the inn.

Caring for someone is both physically and emotionally draining, especially if the person who is being cared for is a close relative such as a parent, spouse or child.

The demands of being someone else’s entire support structure is a big ask and many carers describe themselves as simply too tired to interact with any one when they do get time to themselves.

Take into account the fact that the days often start when the individual wakes up and end when they go to bed, the carer doesn’t really get much time to themselves.

This becomes something of a self-fulfilling prophecy at this point as circumstances take over.

What can be done?

The simple truth is that the only way to prevent isolation is to put systems in place to prevent it. This is easier said than done but if one assumes nothing will change then it won’t.

It may seem like the carer is the only person who can care for their loved one but in the vast majority of cases a friend, family member or a neighbour can sit with them for a couple of hours to give the carer some badly needed time to themselves.

Even if it’s only for a couple of hours a week, the break will make all the difference.

Investing that time in social activities or attending support groups for carers helps to prevent isolation.

Making sure they get to bed at a consistent time can do wonders for anyone let alone someone with such a demanding role as carer. Regular sleep will help to alleviate fatigue.

This may seem initially like making matters worse but as the human body recovers stamina increases. This makes it easier to do more.

A healthy diet is important for all of us but never more so than when we are under pressure. Although convenience foods are the easy option, it’s important that carers eat properly – lots of fruit and vegetables.

It’s the same advice any medical professional would give so hardly news worthy but the advice is universally given for a reason.

Unsurprisingly, regular exercise is an important part of a healthy lifestyle. It also gives us more energy and an improved sense of wellbeing.

However, consider the following:

Exercise can be built into the average day. If there’s an option to walk rather than take the car then this will keep the carer active.

More energy makes it easier to cope with the day-to-day.

There is also nothing to say that exercise needs to be intensive. Walking clubs can be found in most parts of the country and provide an important social aspect as well.

Exercise is something the carer can have total control over. Something they do for themselves and that gives them a sense of achievement. This is extremely positive.

There are time when demands being placed on the carer cross the line from reasonable to take advantage.

There is no value in taking on too much because ultimately everyone suffers.

Services and support are available so lean on those as much as possible. There is also provision for respite. There is no shame in admitting the need for help.

Don’t assume as well that the person you’re caring for doesn’t need a break too. Just because they are the one being cared for doesn’t mean they don’t need a change of pace every now and then too.