Humans are a funny species.

We have a genetic make-up so sophisticated that it allows for limitless iterations so no two people will ever naturally be genetically identical.

We have a capacity for learning that seems to advance with every subsequent generation.

We have a talent and passion for creativity be it music, the arts or literature.

We have invented incredible technologies and erected awe inspiring buildings.

But despite crossing the oceans, taking to the skies and venturing into outer space, we still can’t seem to shake our fondness for almost arbitrary assumptions and labels.

Labels undeniably have their uses. Not confusing the ketchup and the hot sauce for example.

But they can also be very damaging because labels almost always have associations attached to them.

Chilli peppers are all unbearably hot and spicy. Even though they’re not.

All sharks are man eaters. When the vast majority aren't. And driving a car is more dangerous.

Whereas some labels may result in unnecessarily denying you a curry or two, labels like learning disabilities have associations too. And they are rarely positive.

The Stigma of Learning Disabilities

And chances are that perception involves a wheelchair and an inability to communicate.

A number of organisations including central government and charities have been working hard to change attitudes towards those with learning disabilities over the last 20 years with mixed success.

As with any prejudice, the stigma surrounding learning disabilities comes from outmoded views, some of them decades out of date.

These are seated in undeniably darker days in our history where individuals with learning disabilities were isolated from the rest of society for ‘their own good’.

In 1913 the Mental Incapacity Act saw 40,000 adults locked in secure institutions for being ‘feeble-minded’ or ‘morally defective’.

There were also dozens of instances of severe emotional and physical abuse.

A little over a century later and we’re still trying to shake the perception that someone with learning disabilities (or any challenge for that matter) is somehow defective.

Those being mistreated experience fear, lack of trust towards others, reduced self-esteem and can experience social isolation. This only exacerbates the perception that those with learning disabilities are somehow separate from society. 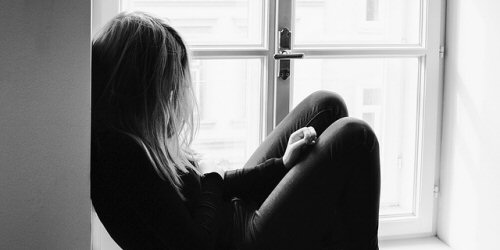 Almost a million people in the UK have some form of learning disabilities ranging from mild to severe, the majority of which develop before birth, during birth or resulting from a serious illness during early childhood.

Whilst some learning disabilities can impact on an individual’s ability to communicate or manifest in the form of a physical disability, the reality is that we find differences unnerving.

This isn’t entirely our fault as it harks back to our primal survival instincts. However it is up to us as evolved individuals to challenge our initial reactions. It is also up to us to educate ourselves and others as to what learning disabilities really mean and they ‘look like’.

Whether we mean to or not, the second we see a wheelchair instead of a person, wrinkle our nose over how someone looks, communicate or behaves, we are discriminating against them.

Challenging ourselves to see the person not the obstacles is everything.

To truly break the stigma we have to remember that a person isn’t defined by their challenges. This is true of someone with a mental health issues, learning disability, physical disability or any other obstacle in life.

These obstacles are merely things that need to be overcome in order for the individual to live their life the way they choose.

Don’t forget, regardless of how someone may appear on the outside, they still have hopes, dreams and aspirations just like anyone else. Like anyone else they also deserve every opportunity to see them become a reality.

Where people like us come in is working with the individual to make sure they are living their life to the full and working towards those life goals.

However, until the rest of the world catches up to the idea that learning disability is a challenge not a definition then the individual will always be hampered and lead an unfulfilled life.