One of the great constants, despite what you read in the media is love.

We’re remarkably good at it.

Whether it’s building communities, supporting friends and neighbours or people running towards the danger when things go wrong, we are driven by an unceasing well of love and compassion for one another.

Of all our achievements, be it the discovery of  fire, the written word or humans living in space, they are all overshadowed by love.

Because it is universal. 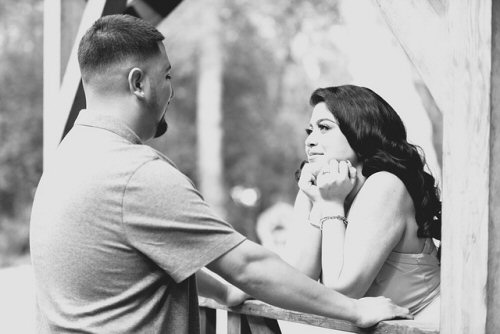 So what does that mean if you have a learning disability?

The UN Convention on the Rights of Persons with Disabilities specifically promotes and protects the rights of people with disabilities to form relationships and have a family.

So, considering this issue has been given the fullest attention of a globe spanning organisation, what’s going wrong?

Social attitudes, despite what the UN says, are restricting.

There is often a lack of freedom and privacy for people with learning disabilities, partly because some need a higher level of support on a day-to-day basis.

There is also the assumption, by some, that their condition means they have diminished capacity and so are unable to make emotionally complex decisions like have a sexual relationship with someone.

Whilst the individual may need some guidance navigating the perils and pitfalls of relationships, they are no less deserving than anyone else.

Undoubtedly there is a risk involved but restricting someone’s rights in order to protect them usually has the opposite desired outcome.

Unfortunately people with learning disabilities are more likely to experience social isolation than almost any other demographic.

Because they are often reliant on others for basic care and transportation, it’s harder to get out and engage with people socially and therefore meeting The One is all but impossible.

There is also very little external support in terms of groups and information that offer advice and guidance about sex and relationships.

Family members can also be wary or outright opposed to their relative embarking on a relationship of that nature. Plus, if the individual’s primary carer is a parent, they aren’t necessarily going to suggest activities that foster romantic relationships.

Sadly many individuals with learning disabilities have reported feeling self-conscious and unattractive leading them to question if they should even attempt a romantic relationship, let alone try and build something long term.

This can be compounded by reactions from the general public if they are seen to be in a romantic relationship with someone whether they too have learning disabilities or not.

This prejudice (often derived from misconceptions) makes the relationship appear tawdry and either snuffs the embers of love or drives the relationship into secret. This can actually put the individual at risk of the abuses carers and family members wish to protect them from.

Some have expressed negative views of their own sexuality which only adds to the barriers they need to overcome in order to develop a healthy relationship with someone.

Discouraging or ignoring the individuals sexual and emotional development can cause problems later in life, not to mention the fact that they have missed out on an important and rewarding aspect of life.

If the individual identifies themselves as being lesbian, gay, bisexual or transgender, they can feel even more discriminated against as their orientation or gender identity being denied as readily as their sexual rights.

So for all the love we have for one another and the compassion we share, we need to remember that love is love no matter what challenges we face and, in point of fact, love tends to make those challenges all the more bearable.

Encompass works with you to identify life goals, including exploring personal relationships. We work with you to understand how to interact safely and build healthy relationships and support you to make meaningful, informed decisions.